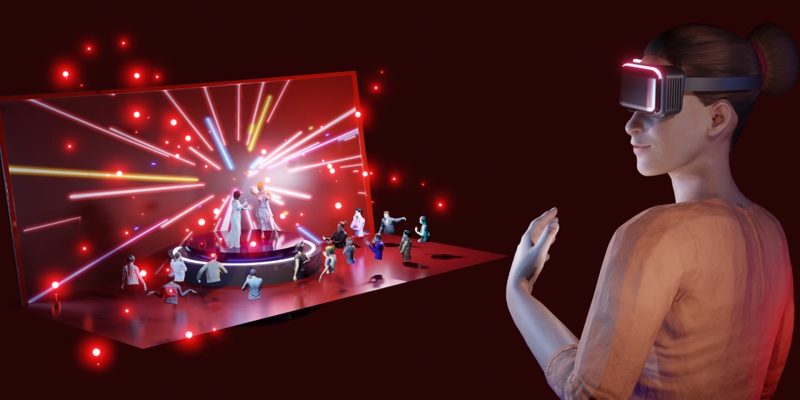 Diverse voices in games and beyond 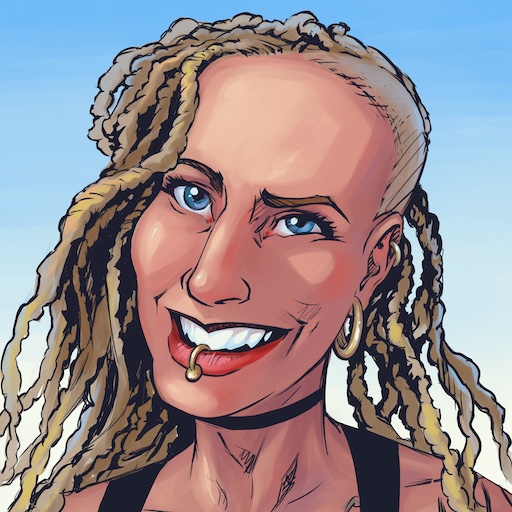 Diversity and inclusion is something that has been in the minds of creative people more and more lately, which is a wonderful thing. For us, at 4Players, it is also a constant point of discussion and concern, as we want our tools to be for the good of the development and gaming community and weapons of construction for a better world.

As we are all about giving a voice to the community, today we want to shine the spotlight on three professionals in the industry who have been dedicating their careers to building innovation and entertainment with solid bases of inclusion, diversity and fairness. Our rock stars this week are Kelly Vero, the Creative Badass from Core Game, Sophia Aubrey Drake, the Indie Queen from Steel Media, and Alan Ayala, the Community Wizard from Class101. They all have different experiences and backgrounds, and bring different approaches to the topic.

Let’s start with the definitions of diversity and inclusion.

Meanwhile, inclusion is defined as ‘the action or state of including or of being included within a group or structure’ and ‘the practice or policy of providing equal access to opportunities and resources for people who might otherwise be excluded or marginalized, such as those who have physical or mental disabilities and members of other minority groups.’.

It is interesting to see that the concepts are deeply intertwined and connected in their core, although reflecting different scopes of the concept.

With these definitions in mind, can we say the creative industries, focusing on games, is truly diverse and inclusive?

‘I think inclusion and diversity is something that the industry is getting better with, especially when it comes to seeing all different types of people represented within the games we play.’, states Sophia Drake. ‘However, we still have work to do, and I think this is especially true when it comes to the notion of inclusion and diversity being a battle we still seem to have. I would like to see it just become the norm. Where we see all kinds of people represented in gaming, whether that is on screen, off screen through the industry or through esports teams, or of course within the communities we play games. What is key to this is making sure we make games and the way we play them as open, accepting, and most importantly as safe as we possibly can. Gaming at its heart is something that is meant to be enjoyable for everyone in my opinion.’

When asked if the gaming industry is truly democratic, Kelly Vero states that she believes ‘the games industry isn’t. It has little to no democracy. It’s still incredibly male, pale and stale in senior positions. The metaverse and web3 presented more of a diverse opportunity and though 16% of the workforce are women, for example, we have to accept that this space is still very young and new. By using information, advice and guidance, we can overcome some of the challenges that the games industry has quite clearly failed to achieve.’

But this is not exclusively a Western market issue. Alan Ayala says ‘the overall industry in Korea and other countries in Asia is still taking baby steps towards inclusivity and diversity being integrated into games.

There is a growing need for games to raise a global community of players along with games, but the in-game contents are still far from reflecting the inclusivity and diversity speech in the same way as western industry. There are many races or other minorities not clearly represented in games, nor the culture associated with those groups. I think this happens because of the lack of representation within the studios themselves. Most of the studios are very homogenized with very little foreign, cultural or gender diversity. I do see more women joining the ranks of game studios, especially in the art or publishing departments, but there is a lack of comprehension of what inclusivity and diversity actually means.’

It seems we have a long way to go when it comes to game development and design, but how about the community? There are issues in the community we still should address.

Alan states ‘I think that the rise of community, especially thanks to platforms like Meta and Discord, has allowed a more natural evolution of gamers into inclusivity and diversity. The fact that we can express ourselves freely allows us to be more sincere with our personal values and maybe be a bit more open to judge someone for their game skills rather than other personal traits.

The only issue is that often these gamers need some guidance towards what inclusivity and diversity aims for, and avoid toxic communities, but this is a task that will involve all parties, starting with the game itself.’.

‘I think unfortunately there can still be a feeling of tribalism within gaming, and as such a level of gatekeeping.’ says Sophia. ‘Often within the games community, we still hear phrases like “you’re not a real gamer if you ….”, or “you’re not a real gamer unless …”. As someone who lives and breathes games I want to see as many people enjoy games in whatever way works for them, whether that is playing a SoulsBorne game on hard mode, challenging the world online, enjoying a single player story experience, or maybe even just sitting down with their phone for 5 minutes on a bus commute.’.

We need to look at diversity and inclusion from both sides, as developers and gamers, and support change to create a positive environment for everyone. Our stars have a few suggestions on how we can achieve that.

‘I would start by asking: does the games industry want to be saved?’, asks Kelly. ‘ On the one hand, the indie community thrives under diversity and to some extent differentiation of everything from status to creative. On the other hand the console business is stuck, somewhere between 2003 and 2010. It’s a network of old friends and old ideas. The mobile industry is suffocated and really needs something like the metaverse to breathe some life into it. Passive income is just that, but it’s not the profitable business that we were promised is it?’.

Alan adds: ‘I think everyone in the gaming industry, whether we are a studio, creatives, or gamers, slowly are moving towards the same direction driven by Gen Z and all the changes they are demanding and influencing into the older generations.

In terms of challenges within communities there is still a lot of work to do with hate speech and globalization of content. I think Netflix has deeply helped to introduce cultures/subcultures to people from different backgrounds by localizing and producing content from all over the world, but we need to spread that path to other fields, like games, to teach everyone in the world that we are all human beings with the same rights and needs, and the desire of feeling included in this big open world.’.

And Sophia concludes: ‘Sadly whilst we as an industry are getting better, there are still many who feel unsafe when playing games communally, or when expressing their thoughts and feelings about what they love. This is most clearly seen online through social media and within the online games that many love to play.

There is lots that can be done in order to change this. However, in its simplest form I think there are two things that need to improve.

1- Platforms need to get better at moderating and controlling hate speech and overall negativity.

2- Maybe more importantly though, I think we all need to look internally and ask ourselves is this appropriate? Everyone just wants to enjoy gaming, and for many it might be an escape from real life situations and problems. I also think that the mindset of those playing games alongside those within the industry needs to be more open to all the multitudes of ways we play games, as ultimately isn’t more people playing games, alongside an extensive variety of types of games to play, only a good thing? I certainly think so.’.

We have a lot to reflect on and strive to change in this industry we love. 4Players is keen on creating safe and immersive environments for the gaming community and beyond, providing the right tools and partners to support developers and communities. We would like to thank our guests for so kindly sharing their views, and we hope you can join us in making the gaming and creative media communities truly diverse and inclusive, in an enjoyable and safe manner.